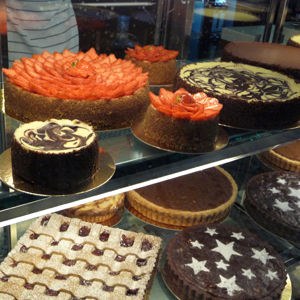 Lederhosen, Oktoberfest, pretzels, a beautiful Alpine backdrop, excellent beer, storybook castles, and medieval towns… this is Bavaria and on this Germany tour, you’ll experience Bavaria’s best. Overnight in Munich, Regensburg, Nuremberg, the Black Forest, and the Füssen Area, and visit numerous medieval towns along the way. Sightseeing throughout the tour features the must-see attractions. In Munich, visit Marienplatz with its Old and New Town Halls and its famous Glockenspiel, re-creating a royal wedding from the 16th century. History buffs are sure to be delighted in Regensburg, where sightseeing features the 12th-century Stone Bridge, the oldest preserved bridge of its kind in Germany; the Porta Pretoria, gates to an ancient Roman fort built in the 2nd century; and St. Peter’s Cathedral, dating back to the 13th century. Enjoy a Danube cruise on the Swarovski crystal boat. In Nuremberg, admire the impressive medieval ramparts as you walk through the pedestrian area of the charming Old Town. Additionally, on this Germany tour, Globus has included special experiences to help you get a feel for Bavaria and to make your vacation unique. Among the many included features, you can sample a “medieval hot dog” at the Historic Sausage Kitchen in Regensburg, one of Germany’s oldest restaurants. Here-where the locals congregate-feel the vibrant atmosphere and take in the remarkable views along the river. In picturesque Bamberg, the city with the largest historical center in Germany and a UNESCO World Heritage Site, taste “smoked beer,” with its distinctive smoky flavor. And of course enjoy coffee with the traditional Black Forest cake. Visit Neuschwanstein Castle, the fairytale castle of King Ludwig II nestled in the Bavarian Alps, with a horse-drawn carriage ride, as well as the Museum of Bavarian Kings, and a stop in the Passion Play village of Oberammergau. These are just a few of the many features on this Bavarian Highlights tour. Between the historical sights, fascinating towns, unique included experiences, and a beautiful scenic backdrop, this is a vacation of a lifetime!

A perfect combination: an inviting skyline, impressive historic monuments, and legendary hospitality. Regensburg, Germany’s best preserved large medieval city, offers a harmonious scenario in every respect. Here, the heritage of major past eras is the spice in the soup of lively urban life.

Get a feeling for life in the days of old – by walking over the Stone Bridge, built over 850 years ago and the oldest of its kind in Germany. Or stroll through the Old Town lanes with their tall patricians’ towers; pass through the Roman Porta Praetoria at the Northern perimeter; and visit the Old Town Hall with historic imperial hall and the palace of the princes of Thurn & Taxis. Or take the time to listen to an uplifting choir concert in St. Peter’s Cathedral – Bavaria’s most outstanding Gothic structure.

Ride the boat across the Danube rapids, enjoy some of the many festivals, experience art and culture at historic sites, and treat yourself to Regensburg fried sausage at the historic Salzstadel.

Prices are per person, land or cruise only, based on double occupancy. Offer subject to availability and change without notice. Some restrictions may apply. Please ask us for details.

Charges not included in the land vacation price: airfare to and from the start of your vacation; airline baggage fees including checked and/or excess baggage fees; Federal inspection fees for the Federal U.S. Customs and Immigrations; agricultural tax; other per person taxes imposed by government entities; applicable cruise taxes, fees, fares and port charges; passports; visas and vaccinations; transfers; tips to your Tour or Cruise Director, Local Host, driver, Local Guides, and/or ships’ crew; gratuities on ferries, trains, and cruise ships; laundry; telephone; minibar; alcohol, beverages, and food outside of the contracted menu as presented at a hotel or restaurant (these extra items will be billed to you before leaving the hotel, ship, or restaurant); additional excursions and activities not listed as ‘included’ in the itinerary; porterage at airports or train stations; Travel Protection premiums; and all other items of a personal nature.

Request A Quote Send To A Friend Have A Question? Contact Us

Send To A Friend

Please don't close or refresh the page while we are processing your submission
Please be patient, this could take a few minutes.