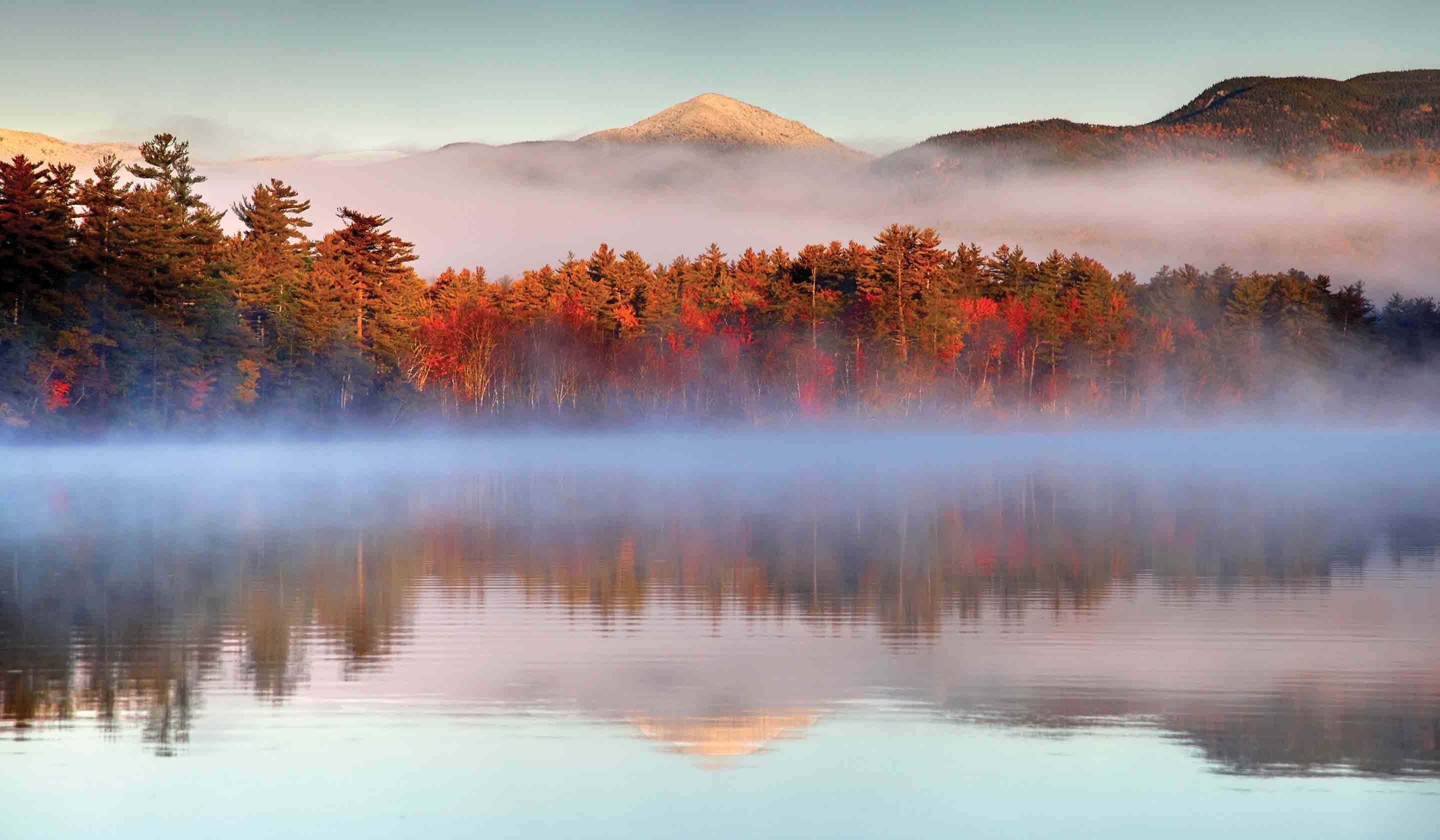 
Explore the best of New England on a journey through its picturesque heart, discovering new insights into landmark sites and historic homes, where country farms and nature’s dramatically contrasting vistas evoke the spirit of a place whose ideas shaped America.

Classic New England lives in Boston Common, in the White Mountains aglow with autumn colors, in the general store, the diamond at Fenway Park, and the sustainable soil of Billings Farm… the drama of the rugged Maine coast… in Augustus Saint-Gaudens’ studio where images of American heroes were forged, in millwheels, covered bridges, and white-steepled churches, and the rocky soil that has long been fertile ground for thinkers, artists, writers, inventors, entrepreneurs and Revolutionaries. This is, as Dayton Duncan observes, Ken Burns’s backyard: “New England has always had a special place in American history and American thought. And New England has become Ken Burns’s backyard – not just the place where he’s raised his family and made his documentaries in the classic New England town of Walpole, New Hampshire, but also a place intertwined with many of the stories he’s told: Mark Twain, Baseball, The Civil War and The National Parks: America’s Best Idea. It’s a distinct region with its own beauty and its own secret treasures – and who better to share them but one of its proudest residents.”

In 1773, the only visitors arriving to Boston’s shores were the English Redcoats. Today, Bostonians welcome more than 10 million visitors each year from all over the world as they arrive in Boston to enjoy this exciting and interesting city. Tourism is one of Boston’s and New England’s largest industries, and as a result you will find a city willing to accommodate and entertain you as few other cities can.

Walk the one-and-a-half-mile Freedom Trail, a tour marked by a red line, leading you through some of the most interesting chapters in U.S. history or simply stroll along Newberry Street, lined with charming shops and coffeehouses.

Offer subject to availability and change without notice. Some restrictions may apply.

Click on the buttons below to request a quote on this deal or contact us directly with further questions or comments.

Request A Quote Send To A Friend Have A Question? Contact Us

Send To A Friend

Please don't close or refresh the page while we are processing your submission
Please be patient, this could take a few minutes.